The largest Roman civil engineering structure built in Spain is a source of wealth for Segovia. During centuries it carried water from the mountains to the city center. Today it attracts thousands of visitors to see the monument. Its popularity has led to legends about its construction and its architectural significance; perhaps it was a marketing tool in its day? Today, it still feeds marketing but using new modern technologies.

Some of the most important multinational companies use this world heritage monument as a lure. As an example, apple’s recent global launch of the ipad2 tablet; Steve Jobs, showed on stage the Segovian aqueduct so the most recent technology used the early history of Spain for promotion. Unwillingly, this ultra fashionable technological devise has made the Segovian landmark even more popular worldwide. The ipad makers from Apple wanted to show that it has become a global phenomena and within reach of many countries and people. The use of the aqueduct by apple in the background is prior to the launch of the digital tablet in Spain on 25th March.

Yet another digital engineering firm has also helped to make the large granite bridge better known but has also reached into the hearts of people in Segovia as it recreates a possible collapse of the monument. After the still recent developments in Japan, this has made this possibility even more credible. Their video has been passed on from home to home in Segovia using the new social networks.

Created by Python Productions using an application called pulldownit. These special effects currently used in some of the best films today shows how Segovia’s most famous monument would look like after being hit by an attack. The film’s creator, Iván de Frías, spent a month of work and fifteen hours of calculations. It also took well over one hundred photographs to get the monument’s textures. The film was actually produced in 2009 but really unknown until internet began spreading it through social networking sites. Thousands of views bear testimony of the sensation it has caused in Segovia up to the point that the creator has had to explain that he has nothing against Segovia or the aqueduct itself.

There has been a precedent on another occasion during the celebration of the 125th anniversary of the declaration of the aqueduct as a national monument. The artist Eugenio Ampudia tried to create the 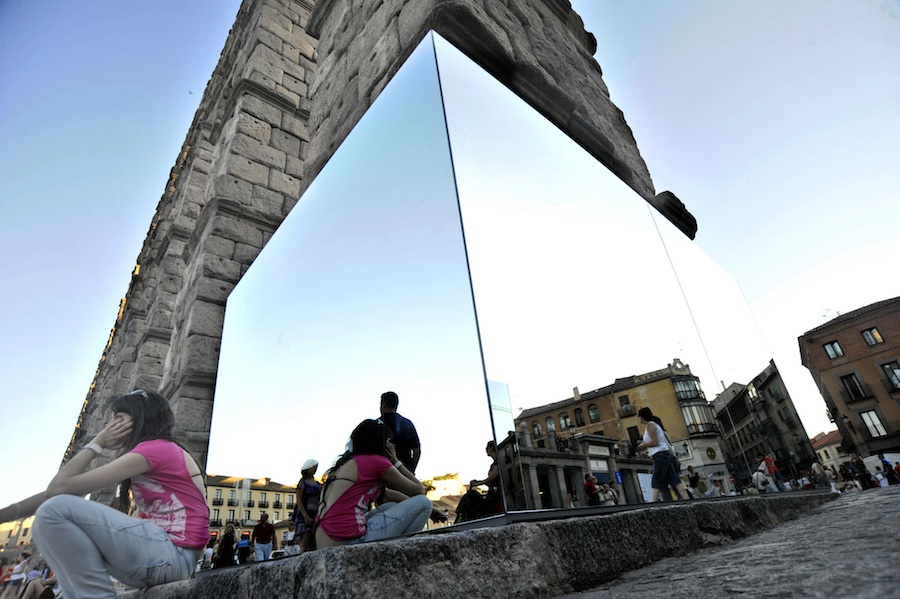 illusion that the great stone bridge was levitating. He placed at the bottom of every pillar a prismatic two meter high mirror thus giving the impression that the aqueduct was in reality floating in the air. This idea was given the name of: “Conductis Vocis” which also included an audio-visual projection on the entire structure of the aqueduct.

Among other activities which involved the aqueduct ‘oxigenarte’, the first festival of artistic interventions in urban spaces designed by the city of Segovia. During four days some of the most emblematic spaces in the city were used creating artistic scenarios of contemporary art. Many places were used such as the “Torre de Juan II” from the Alcázar, the church and square of “San Martín”, the library, the “Alhóndiga”, and several other squares in the city. Since then, the cities festivities are inaugurated by a show and display of lights on the bi-millennium monument.

And still today many people from Segovia store in their memories what the aqueduct looked like when a national window making company launched an advertising campaign showing it fully covered by windows.

The building of the monument takes up most of the illustrations shown in the main history of art web site. Its contents are viewed by over 50,000 users a month. Google shows more than 136,000 videos about the aqueduct in Segovia; this means that there are thousands of virtual trips which allow you to know the monument even without having to visit the city.

The large Roman Bridge has not only been turned into thousands of bits but has also multiplied in millions of photographs and thousand and thousands of plaster replicas which are exported by the many souvenir shops around town. Both small shops and large corporations take advantage of the aqueduct.

Way before the merge between Caja Madrid and Caja Segovia, the financial institute coming from Madrid and seeing the state in which the aqueduct was in took advantage and invested in the restoration of the monument causing a certain competition between the two institutions. A large canvas covered the monument which was also used as an advertising support for the savings bank.

But if the image of the aqueduct is important, so is its name. The word was registered and used as trade mark for a sausage company which exported its products to many countries.

And of course, as a logo as well; it attracted the attention of a well known fast food restaurant whose logo is similar to the arches from the aqueduc 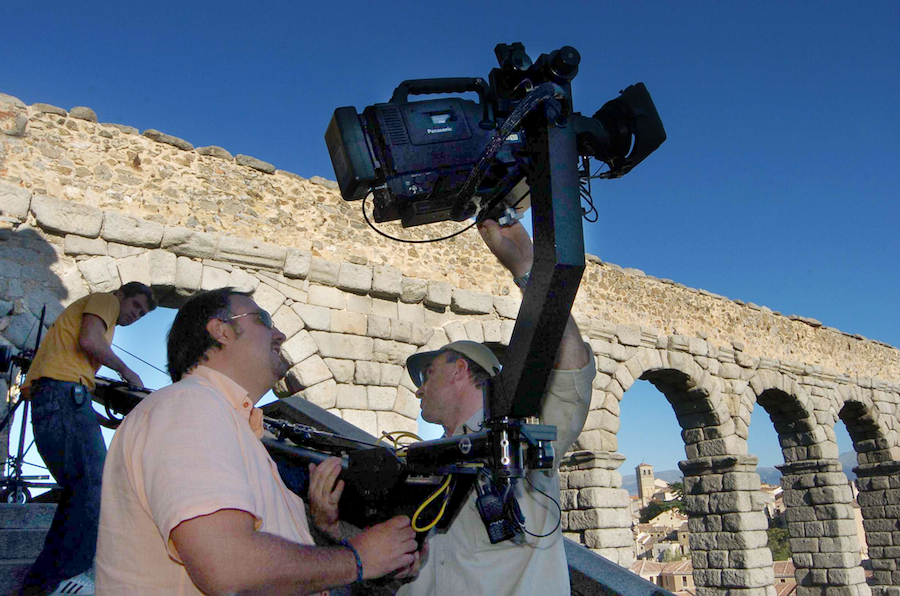 t. Over 15 years ago, the multinational requested the permit to install a restaurant in the proximity, it was refused by the administration due to the possible impact it could have on the monument.

It is also frequently used by Television programs. Most recently by those TV programs who have become popular showing the lives of Spaniards abroad and vice versa. “Destino España” is one of those and uses the Segovian monument as an international identifier of Spain.

But the aqueduct has also sparked the imagination of a good many Spaniards though jokes used by Faemino y Cansado. These comedians increased the prestige of the Roman builders by saying that they had the foresight of designing the monument with the exact dimensions needed so that vehicles centuries later could go under the arches with ease. Today traffic is forbidden to go under the arches except for emergency vehicles. Their joke has also become legend as is the other which many children from Segovia learn at school, that the devil built it over night. Since it was created, imagination has surrounded this monument. 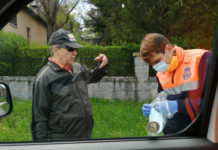 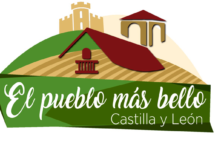